← back to
Silver Current Records
Get fresh music recommendations delivered to your inbox every Friday.
We've updated our Terms of Use. You can review the changes here.

by Comets on Fire 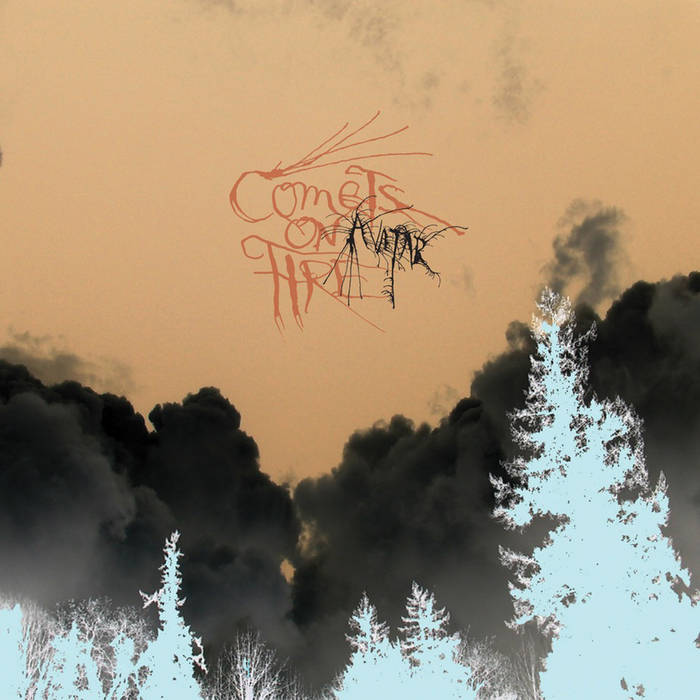 After 2004’s critically acclaimed Blue Cathedral, one might have expected Comets on Fire to blast off into the cosmos in an infinite flurry of lysergic spasmodicism. Surprising, then, that they should turn in an earthy, more accessible and downright beautiful album as their follow-up. Then again, it is a completely logical progression, but in reverse, sort of. On Avatar their astonishing new album, Comets display development in every direction: as musicians, as songwriters, as arrangers and as singers (?!), without sacrificing one ounce of the intensity that is expected from our heroes. As on Blue Cathedral, the diversity of the material is staggering. Avatar veers from swinging, bluesy explorations to piano-laced, progressive power balladry, to pure tribalism, evoking everyone from the Allmans, to Quicksilver, to Procol Harum, to some insane Fela/Sun Ra/Crazy Horse hybrid, yet remains wholly Comets on Fire. Though they play cleaner and clearer, their firepower is evident and abundant. They have shifted gears and opened themselves up completely. You should do the same.

Bandcamp Daily  your guide to the world of Bandcamp

Semiratruth joins the show to discuss their latest release, "loading..".